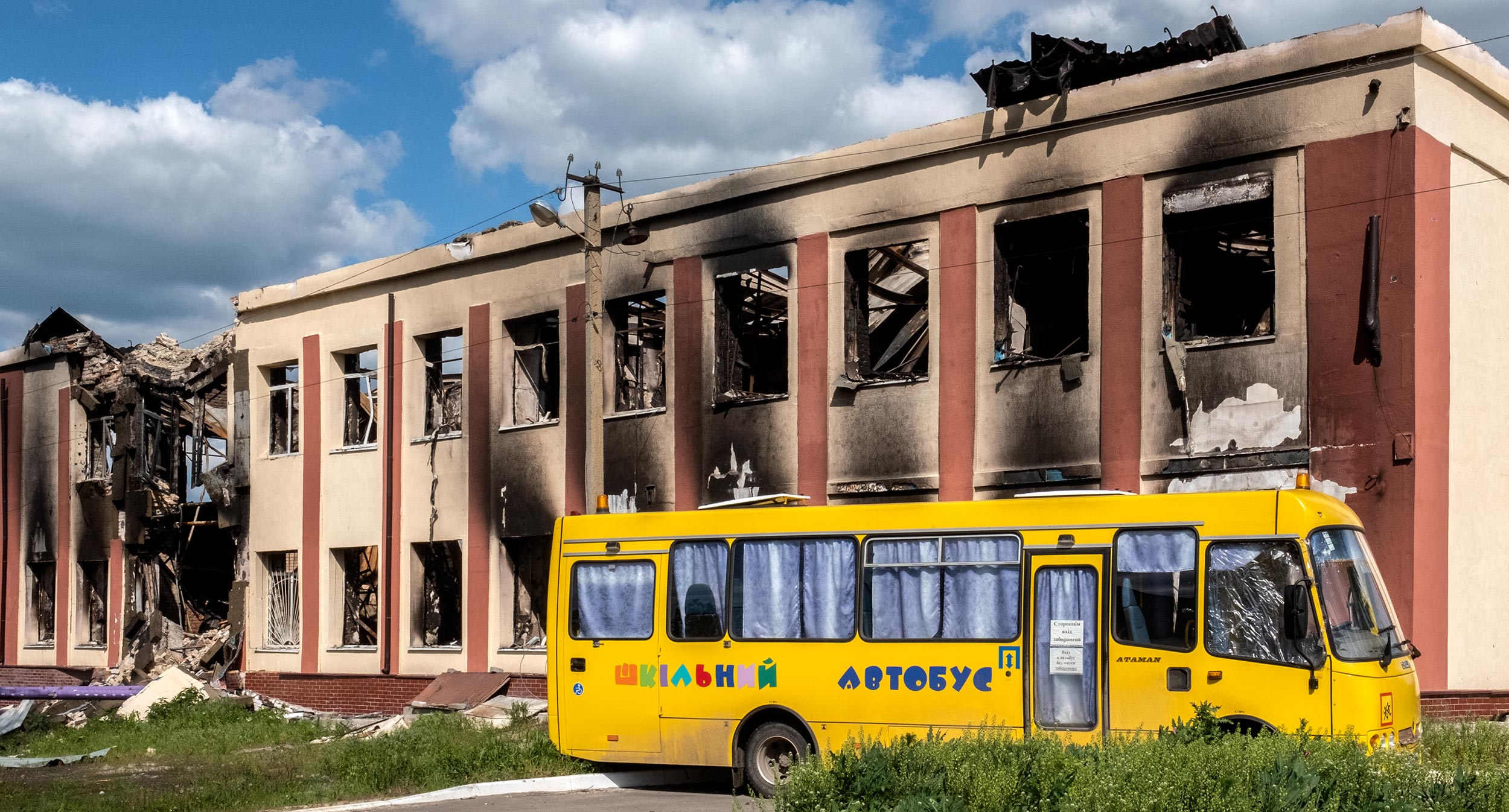 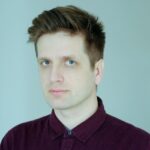 The Ministry of Education and Science of Ukraine said that since the beginning of the full-scale Russian invasion, the occupiers have damaged 1,837 educational institutions. One-tenth of the schools were completely destroyed. The editor and photographer of Zaborona Pavlo Bishko visited schools in Kharkiv, Kyiv, and Chernihiv regions and recorded what the Russian military had done to them.

The article contains an image of a dead body

School as the headquarters of the Russian army

The destruction of educational institutions occurs mainly due to the bombing and shelling of the Russian army. But at the same time, there are many cases of destroyed or damaged schools in occupied areas. For example, in the village of Bohdanivka, Kyiv region, a school was damaged and a Pivnyk kindergarten for 100 children was completely destroyed. During the occupation, the headquarters and hospital of the Russian army were set up at the school, and the Russians blew up the Pivnyk while leaving the village.

It is also known that the school in the village of Katyuzhanka, Kyiv region, served as the main headquarters of the Russian army in the North direction. Zaborona wrote more about this here.

School as a shelter

Damaged and surviving schools also provide shelter for civilians. Due to the architectural features of the basement, it can be used as a safe gathering place during shelling and bombing. People still live in some of these basements. On March 10, a Russian bomb hit the dormitory of V. Dokuchaev Kharkiv Agrarian University, which was located near the school. Another shell hit a nearby apartment building. The blast damaged the university administrative building.

Since February 28, several dozen people have been living at the university. These are residents of the neighboring villages of Rohan, Malynivka, as well as the town of Chuhuiv in the Kharkiv region. Due to the constant shelling, people can’t return to their homes. The canteen in the university basement became a shelter for them.

Mariya Koshel from the village of Rohan, together with her parents and husband, was hiding from the shelling in the basement of her house when a bomb hit their yard. The woman received severe leg injuries, as well as shrapnel wounds all over her body. After the operation, Mariya lives with her family in a university basement. Here they feel safe.

A school in the village of Pyatyhatky, Kharkiv region, also became a shelter. Oleksandr Hryanyk, a history teacher and school principal, has lived here in the basement since the first day of the war.

“One of the school premises was destroyed. And the residents of the surrounding houses still live in the surviving one,” he tells the Zaborona. “I could not leave the walls of the school where I have been working for 45 years. I feel the need to be at school all this time.”

School as a place of detention

During the occupation, schools served not only as a location for the Russian army but also as a place of detention.

In the village of Yahidne, Chernihiv region, the Russian military held more than 300 residents in the basement of the school for almost a month.

“They entered the village in a column from the forest near which the school is located. Here they organized their headquarters,” says the head of the school’s household Ivan. “In the first days of occupation, they searched every house, every apartment, and forbade us to leave homes. And then they took all the residents to the school basement, where we were forcibly detained until the end of March. Several elderly people died in front of us in inhumane conditions. We wrote their names on the wall to the left of the calendar. And the names of those who were shot or who disappeared were written down on the right.”