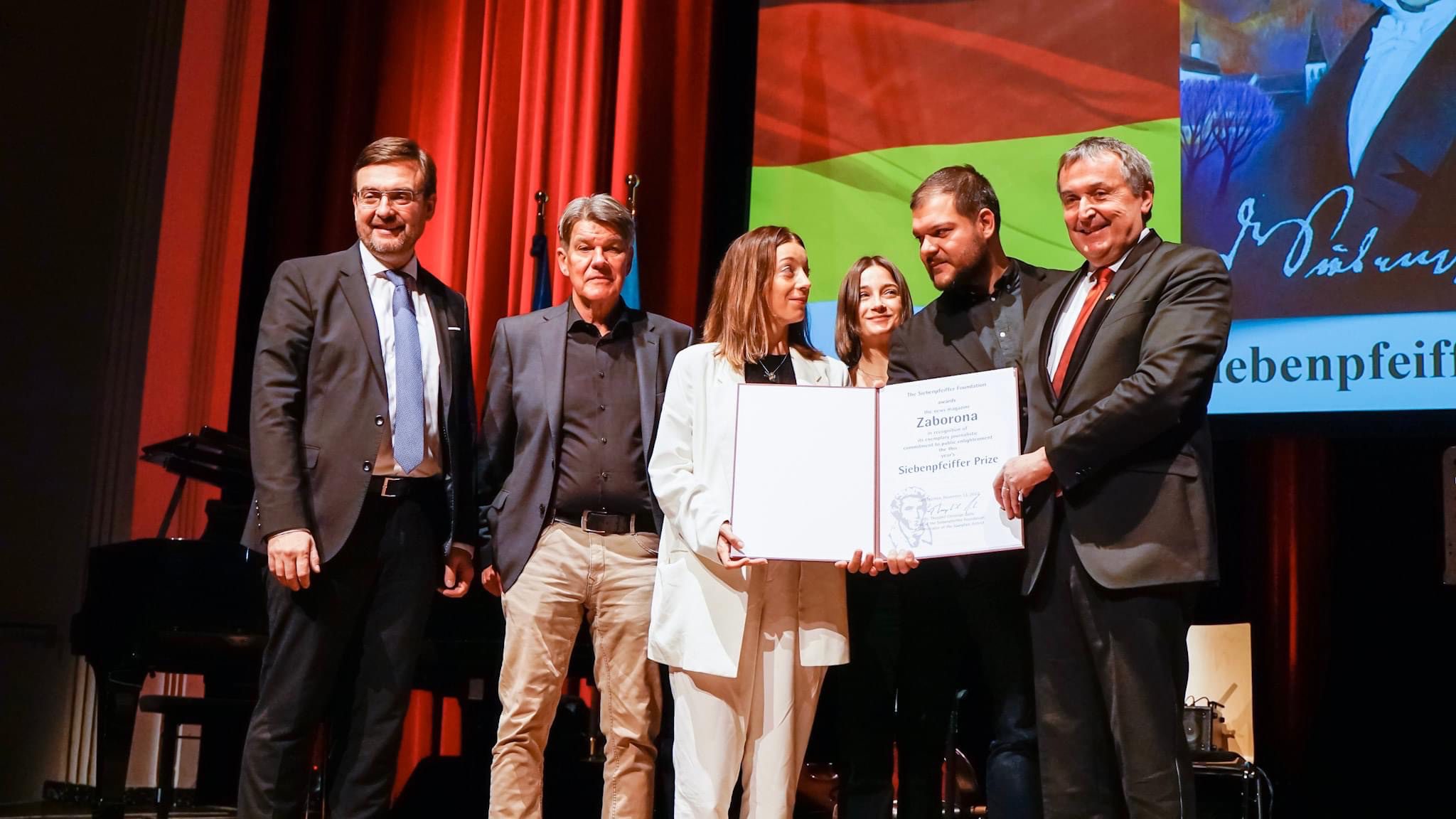 Ukrainian independent media Zaborona received a rare award. Siebenpfeiffer Fundation takes care of freedom of speech and draws the world’s attention to those who protect the standards of journalism with their work.

Zaborona tells about the honor of the German foundation.

On Sunday, November 13, Siebenpfeiffer award was handed over in Germany to the Ukrainian media outlet Zaborona for the contribution to ensuring freedom of speech. The award was founded by the journalist unions of two German lands — Saarland and Baden-Württemberg.

«War is a natural threat to free speech, which is why it is so important today to protect journalists and the press», — said Dr. Theophilus Gallo, chairman of the Siebenpfeiffer Foundation during the award ceremony in Rosengarden Hall,

The Siebenpfeiffer Award is a journalistic award in memory of Philip Jakob Siebenpfeiffer, one of the pioneers of the free press in the South of Germany in 19 century. The prize is awarded by the Siebenpfeiffer Foundation in Homburg and is worth 10,000 euros.