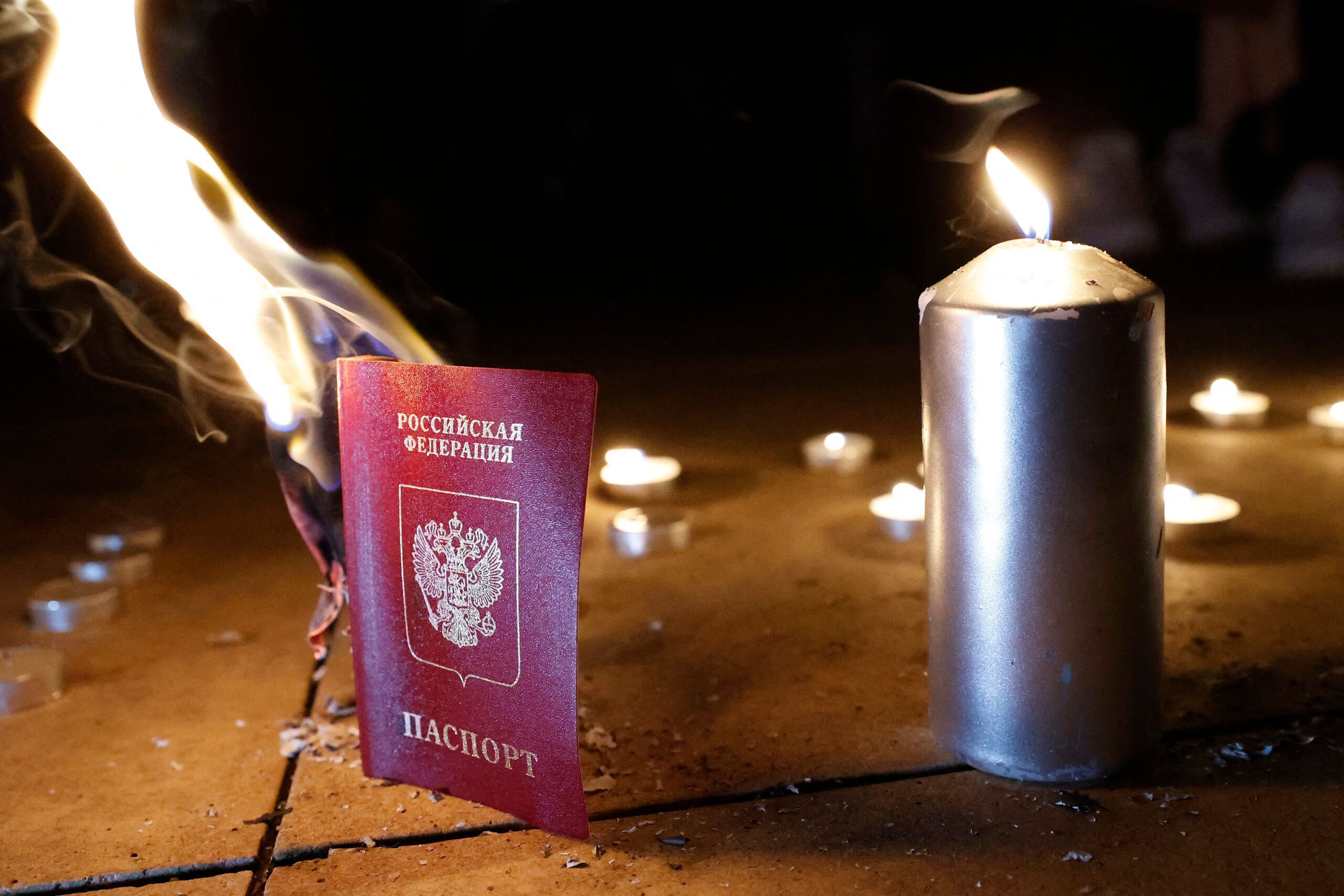 Passport of a citizen of the Russian Federation burns in protest against the invasion of Ukraine, February 26, 2022, Tel Aviv, Israel. Photo: JACK GUEZ / AFP via Getty Images

The President of the Russian Federation Vladimir Putin signed a decree on the certification of residents of the temporarily occupied areas of Zaporizhia and Kherson. Such a move is illegal and violates key principles of international law. The Ministry of Foreign Affairs of Ukraine called this decision legally null and void and called on partners to stop Russia, which is constantly committing crimes against Ukraine.

Zaborona speaks of Putin’s decree and the reaction of the Ukrainian Foreign Ministry.

The changes took effect from the moment of signing.

Issuance of Russian Passports to Ukrainians: The Reaction of the Ministry of Foreign Affairs of Ukraine

The Ministry of Foreign Affairs of Ukraine condemned Putin’s decree on the admission to Russian citizenship of residents of Kherson and Zaporizhia regions, calling it legally invalid. This decision, the Foreign Ministry notes, proves once again that Russia seeks to seize Ukrainian territories and include them in its legal, political and economic field.

«Illegal passportization in Kherson and Zaporizhia, as well as in Crimea and the temporarily occupied parts of Donetsk and Luhansk regions, is a gross violation of Ukraine’s sovereignty and territorial integrity, norms, and principles of international humanitarian law… The Russian presidential decree will have no legal consequences. This decision will not affect the affiliation of the residents of the territories temporarily occupied by Russia to the citizenship of Ukraine», — the Ukrainian Foreign Ministry said in a statement.

The agency also called on international partners to speed up decisions on providing Ukraine with weapons, especially rocket-propelled grenades, as well as immediately adopt the sixth EU sanctions package, which will include an embargo on Russian oil.

Earlier, Zaborona spoke about the horrors that are taking place in Russian filtration camps in the temporarily occupied territories of Ukraine.