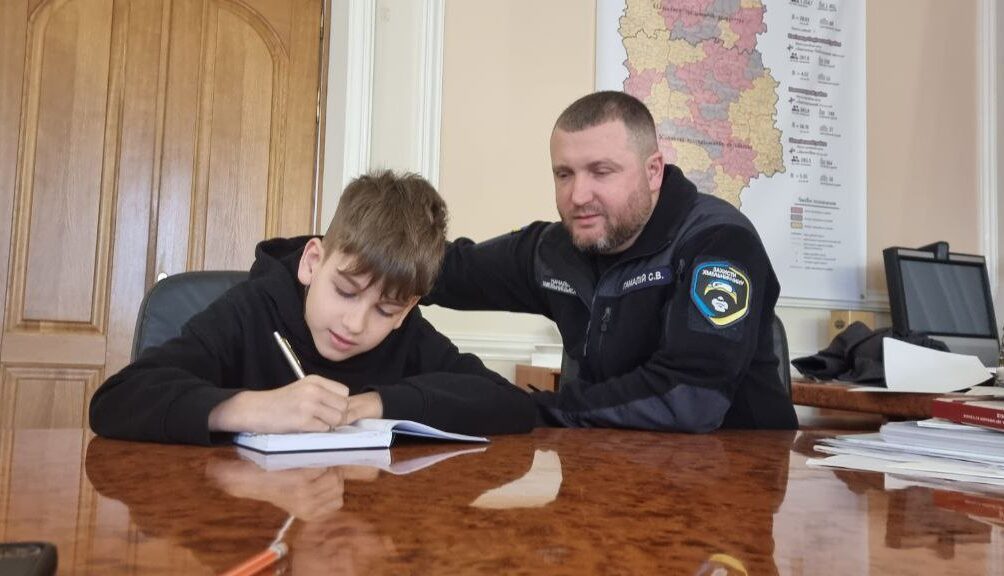 9-year-old boy from Khmelnytskyi region wrote a touching letter of support to his peers who lost their homes due to the Russian invasion of Ukraine. His father, who turned out to be the head of the Khmelnytskyi regional military administration, called on all parents to encourage their children to write such leaflets to support their peers in a difficult time.

Zaborona describes how Ukrainian children express their solidarity with those affected by Russian aggression.

Letter of support to Ukrainians affected by the war

The son of the head of the Khmelnytskyi regional military administration, 9-year-old Zakharii, wrote a letter of support to his peers from Kharkiv, Mariupol and other settlements affected by the Russian invasion.

“Now sirens are constantly howling, mom is always sad and dad is always at work. But I know it’s even harder for you. You lost your home and were forced to leave your things, your toys, your books behind,” wrote Zakharii in his letter.

The boy invites everybody to his place and promises to share his toys, go for walks and introduce them to his friends. He even assured that everybody would be able to study in his school.

“When this war is over, you can go back to your home. But we will always be friends, because we are Ukrainians,” wrote the boy.

His father, the head of the Khmelnytskyi administration Serhii Hamalii, called on everyone to join such an action in support of children from the regions that have suffered the most.

“There can’t be too many kind words! Bring them to us, to the Khmelnytskyi regional military administration, and I will take care of them to get to the addressees with goodies,” the Ukrainian official said.

Earlier, Zaborona told the story of an 11-year-old Ukrainian patriot who earns money to help the Armed Forces of Ukraine.