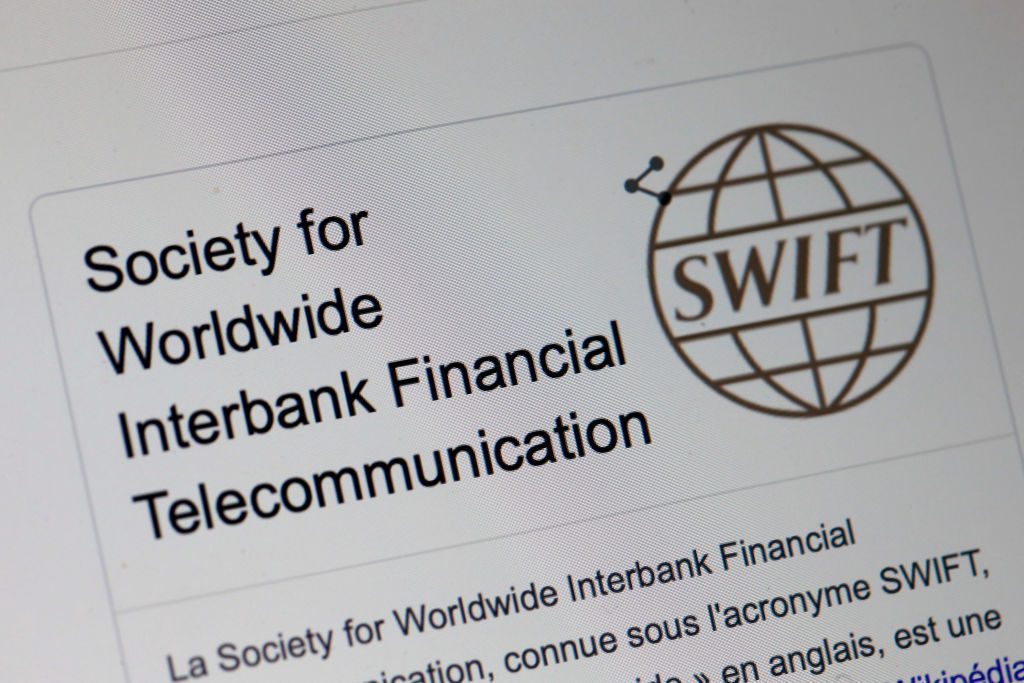 On February 26, 2022, the last barricade represented by Germany fell on the way to disconnecting the aggressor country from the SWIFT (Society for Worldwide Interbank Financial Telecommunications) interbank system. The European Commission agreed to one of the most powerful sanctions, though not in full. Not the entire Russian Federation, but several banks, however, the largest ones, may be thrown out of the system.

It should suspend all international payments with Russian banks and other financial institutions. Such a decision in the European Union was considered in connection with the invasion of the Russian Federation into Ukraine on February 24, 2022.

‘Zaborona’ tells what the international SWIFT system is in more detail.

The SWIFT payment system: how it works?

The Society for Worldwide Interbank Financial Telecommunications (SWIFT) is an international interbank system for transmitting information and making payments. This system can be compared to a kind of banking messenger that quickly sends transaction messages from the payer to the recipient.

SWIFT was established in 1973 and is headquartered in Belgium. Since that time, more than 11,000 financial institutions from 200 countries around the world have used the system’s services. In particular, it is used by banks, traders in raw materials and securities, clearing systems, etc.

In general, the system was developed as a messaging network used by banks and other financial institutions to send and receive information quickly, accurately and securely. For example, instructions for transferring money. SWIFT does not store or transfer money, but allows financial companies and banks to receive information from each other about upcoming transactions. Instead of money, payment orders are used, in which one can find out where one need to withdraw funds from and where they should go.

Each member of the system is assigned a unique identification bank code for the secure exchange of information. It ensures that the money goes to the correct account. If the code is blocked, the SWIFT member will be expelled.

Disconnecting a bank from the system removes it from international financial flows. And this, in its turn, will complicate interbank payment transactions, the movement of currency and trade with other countries.

If the Bank of Russia is turned off and its assets are blocked, this will hit the national currency rate: there will simply be nothing to restrain the ruble. Below is an extended explanation.

What is with the assets in Russia?

As of February 18, the international reserves of the Bank of Russia amounted to the equivalent of $643 billion (they are placed in assets denominated in different currencies, as well as in gold), writes RBC. As of February 1, $311 billion of reserves were placed in securities of foreign issuers, $152 billion were in cash and deposits in banks abroad.

Another $132 billion was stored in gold in Russia (about 74 million troy ounces), about $30 billion were in reserves at the International Monetary Fund (IMF) and special drawing rights (SDR, the IMF unit of account). This part of the reserves is practically protected from blocking.

How to help the army: where to donate blood in Ukraine and where to send money

For the last time the Bank of Russia disclosed the currency and geographic structure of its assets in January 2022 as of mid-2021. This distribution is disclosed with a semi-annual lag, so the current structure may differ given the sanctions risks in recent months and weeks. Consequently, as of June 30, 16.4% of the Central Bank’s reserves, or $96 billion, were in US dollar assets. However, the actual amount may be less, taking into account the fact that recently the Central Bank could withdraw another part of the reserves from the US dollars. According to data from the Bank of Russia, assets worth $189 billion were denominated in euros as of mid-2021. And another $38 billion were denominated in British pounds.

On February 25, after the imposition of US sanctions against VTB and SberBank, the Bank of Russia said that it had enough foreign currency funds to support sanctioned banks.

Moody’s rating agency notes that the foreign exchange reserves of the Bank of Russia in the amount of $469 billion at the end of January (excluding gold) more than tripled the entire amount of future payments on the external debt of Russian residents as of 2022 and almost equalled the entire external debt of the country. However, if both the US and the EU block the assets of the Bank of Russia, then it could lose almost half ($285 billion) of its reserves based on data as of mid-2021, excluding possible transfers of funds to currencies such as yen or yuan.

In the event that the Bank of Russia is included in the SDN list, the Russian government will not be able (or not want) to pay US dollar debt payments to foreign investors, the Russian RBC notes. It was precisely in this case that when issuing Eurobonds after 2016, Russia attached a special condition: if, for reasons beyond the control of the state, payments in dollars or euros become impossible, payments to investors shall be made in British pounds or Swiss francs, and if in these currencies they will be impossible, then in rubles. However, a significant part of Russia’s trading Eurobonds does not include this condition.

That is, what awaits the Russians?

It is a reminder that only after the first package of sanctions, on the first day of the guileful invasion, the Russians withdrew about 111 billion rubles from ATM machines. That is it; at that time when the Ukrainians were transferring money from their bank cards to support their army. Then Ukrainians withdrawn about 35 million hryvnias, and later, according to data as of February 26, more than 1 billion hryvnias passed through PrivatBank alone!

Previously, ‘Zaborona’ told about how the world reacts to the outbreak of a full-scale war between Russia and Ukraine.