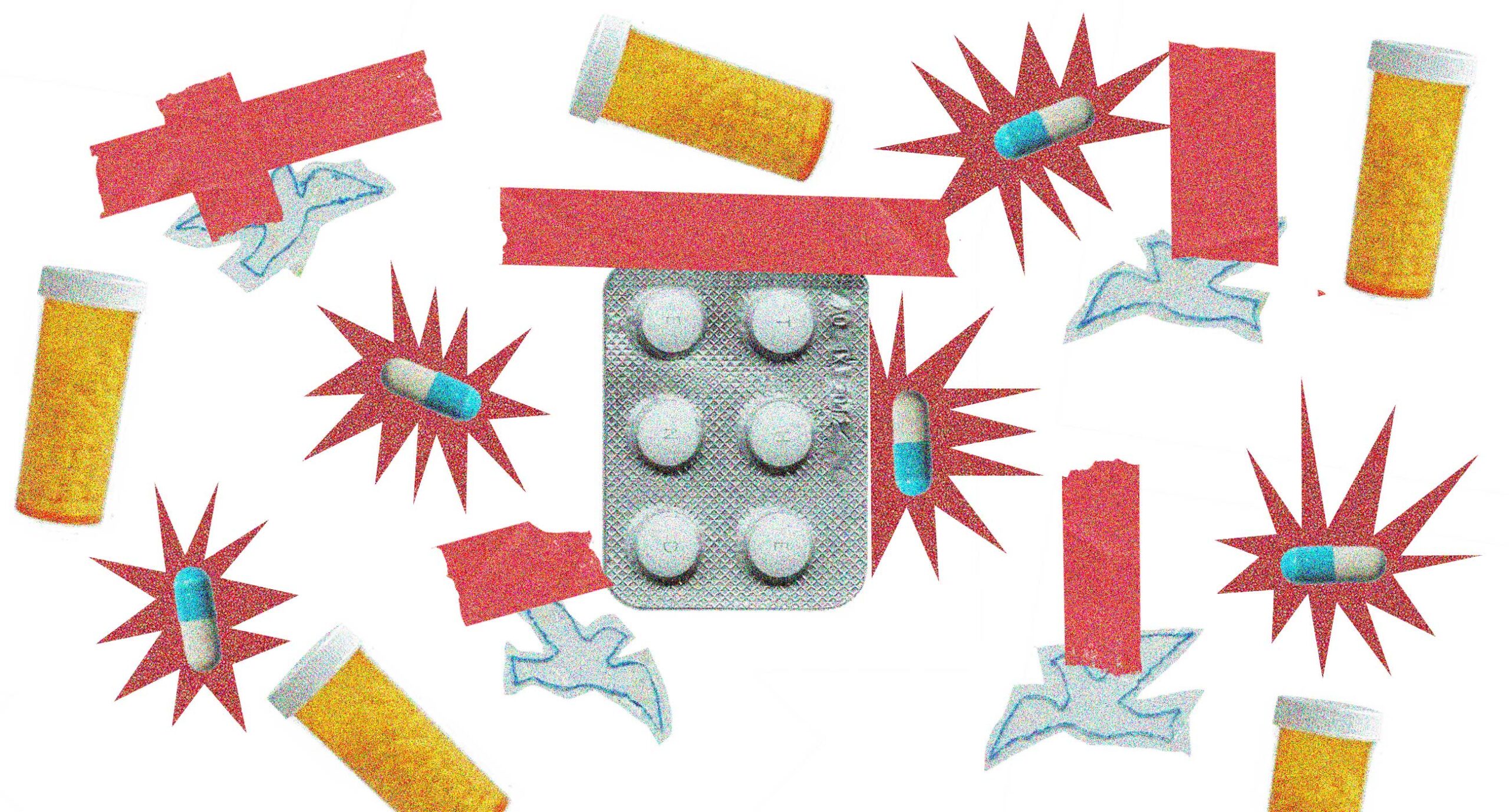 The government devotes almost all of its attention to the front, politics, and diplomacy — in between, the problem of humanitarian aid, in particular to victims of sexual violence and pregnant women, remains unresolved. Medical institutions in Ukraine are unable to provide medical care to the victims due to the lack of drugs, tests, and special kits for post-rape treatment. Feminist volunteer organizations and foundations are trying to solve this problem. Zaborona spoke with three activists helping Ukrainian women during the war in Ukraine and abroad: how to bring 37 thousand antibiotics, why the lack of DNA tests in Ukraine directly affects the impossibility of convicting rapists, and why sexual violence became a weapon of the Russians.

Yevgenia Danylenko, the head of the “Palyanytsia”, charitable foundation, returned to Ukraine on February 26.

The next day, her friends from Germany asked if she could help them deliver a batch of drugs for abortion and emergency contraception to Ukraine.

Today, Danylenko’s first impressions would probably look naive: “This is, of course, the war: men are running with machine guns, lot’s of tanks, aviation is working. But what rapes, who will rape whom? What is this, the Second World War?”

It might have seemed that the modern war would bypass the characteristic features of military conflicts of the 20th century. But the rape of not only women but also children, men, and the elderly by Russian soldiers became almost daily in the world’s reports and columns.

“And then the news from Bucha appeared. My friends from Berlin bought the drugs. They said that I need to come to a neighboring European country by car and just pick them up,” Danylenko says. After receiving humanitarian aid, Evgenia and her team from “Palyanytsia” began to deal with issues of women’s health and gynecology.

At the beginning of April, the Palyanytsia team brought several boxes of emergency contraceptive pills to Ukraine. Women must take them the next morning to prevent unwanted pregnancy. According to Danylenko, the most important thing they managed to do was bringing misoprostol and mifepristone. In combination, this is actually a medical abortion, which can be done up to the 12th week of pregnancy [of course, the doctors recommend carrying out the procedure under supervision — editor’s note]. In total, the volunteers brought 10,000 sets — which is approximately 60,000 pills.

Danylenko explains the number of imported drugs: “In addition to terrible rapes, there is also a state of the war. Many women who find themselves pregnant do not want another child or cannot afford it now. There was a case: a mother of four children who wanted to have an abortion. She is without a job, her husband has no income, and they have no house. They don’t know how to take care of four children, and here comes the fifth.”

Separately from each other, misoprostol and mifepristone are often used to treat postpartum complications and benign uterine formations. These are, first of all, gynecological drugs. If you look at them in medical abortion combination, it is a much safer option than surgery.

The first deliveries of these drugs to Ukraine took place with the help of the international fund Women Help Women (WHW). It was founded in 2014 to create an online platform to facilitate access to contraceptives and medical abortion services for residents of countries with limited access to them. On the website, you can get an online consultation on medical abortion or fill out a form to receive contraceptives. The drugs are intended for personal use and are sent by mail. In most countries, obtaining drugs for personal use is legal. And while access to contraception is legal in most countries, many women face barriers to getting them: economic issues, the requirement to be married etc.

The WHW co-founder and sexual and reproductive health consultant with over 20 years of experience, Ivetta Mrova, says her team consists of social workers, lawyers, and doctors working in 15 countries on 4 continents. Consultants respond to online inquiries in English, Spanish, Portuguese, Thai, Korean, Polish, French, and Italian.

“We work with local activists and feminists in different regions of the world: we share the information gathered over the years of work, conduct medical training, security consultations, etc.,” says Mrova. “We have a team of people who work on research that, for example, concerns self-abortion [which has to be performed under the supervision of a doctor — editor’s note] or the stigma around abortion.”

Previously, WHW did not work in Ukraine because, as Ivetta explains, “contraception and abortions [in the country] were easily available upon request.”

During the hostilities, the situation changed dramatically. The country pays almost all attention to the army and the battlefront. And the problems of citizens’ access to the health care system recede into the background. It especially applies to women who are in a more vulnerable position in peacetime. In wartime, primary care physicians and general practitioners are overwhelmed and unable or unmotivated to perform abortions.

Ukrainian women — most of whom of reproductive age — who have fled to Poland face a double humanitarian crisis: they find themselves in a country that denies access to abortion and makes access to contraceptives difficult. Due to the powerful influence of the Catholic Church and the popularity of conservative political parties, Poland is the only European country regressing in terms of women’s humanitarian security and contraceptive availability — the latter decreased from 47.8% to 35.1% in 2020. To get reproductive health services, Ukrainian women have to either return to their homeland or go to other countries.

“According to the latest UN statistics, usually 9.5 thousand Ukrainian women may need an abortion during the year. Some of them left the country, fleeing from Russian aggression. But we can still say that approximately 8 million Ukrainian women are likely to get pregnant. It, according to statistics, means that 76,000 women may want to have an abortion during the year,” says Mrova. The last numbers by Mrova are theoretical: they indicate the approximate number of women who may consider abortion due to the difficult economic and humanitarian circumstances of the war.

In a conversation with Zaborona, the Spanish volunteer Loren Ramirez from the Health Fund and Lygiai organizations also mentions a possible future outbreak of HIV infection.

“Over the past 20 years, the level of HIV has been skyrocketing in Russia. In all other countries of the first world, the incidence rate of HIV and AIDS is decreasing. There was a report made, if I am not mistaken, by Princeton University in 2020, about the rapid growth of this indicator in Russia. Nowadays, it is not a death sentence, but instant measures are needed,” explains Ramirez.

In Ukraine, the volunteer is involved in creating shelters for victims of sexual violence and introducing into the health care system forensic medical kits for collecting DNA for those who have been raped. Her team uses these samples as evidence in criminal courts. Lauren says that shelters are not available to everyone now. There are lots of displaced people in Dnipro, Cherkasy, and Lviv. Rehabilitation centers and other specialized institutions in these cities receive those for whom they were intended as well as the military from the front.

Due to overload, the centers cannot always perform their functions. “So any shelter for the victims of domestic violence,” Ramirez states, “ceased to be it, and that’s a problem. Now the victims are full of triggers. Such as men in uniform who may resemble their abusers. It is not a favorable environment for stabilization.” Another Ramirez’s concern is victim-blaming: “[The center for victims of sexual violence] will start pointing fingers, start blaming – and no one will go there.”

Ivetta Mrova also emphasizes the inadmissibility of stigmatizing people who have experienced sexual violence. “At the level of society, we must understand that rape and other forms of sexual violence are a systemic weapon of war and a political tool for dehumanization, destabilization, and violent displacement of people. They do not deserve stigmatization, but support from society, health care, and the state. Like any other victims of war.”

Another problem faced by the volunteers is the reluctance of the Ukrainian authorities to use forensic medical kits to collect the rapist’s DNA. In April, after the news from Bucha and Irpen, Lauren Ramirez and her team wanted to deliver about a thousand of these kits. They are designed for rape victims to collect the perpetrator’s DNA after the assault. DNA disappears within five days or after the first shower. Traditionally, such a collection is carried out in a hospital by a specially trained nurse.

“I am working with an American company that makes forensic kits for home use to ease the burden on doctors,” says Ramirez. “It is necessary to make six smears. I translated the instructions into Ukrainian and Russian. However, once they are available, the Attorney General and especially the Department of Health will need to establish the chain of custody and testing regulations to ensure that they are verified and stored properly, not mentioning using them as evidence in the future.”

Loren says neither the Department of Health nor the Attorney General’s Office wants to be responsible for developing regulations for the kits’ use and storage. She emphasizes that not all rape survivors want to proceed with the painful investigation process. But on the other hand, without these sets, they find themselves in a hopeless situation. “Not every victim is ready to go through exhausting trials, investigations, and interrogations. But if someone wants to, they won’t have any evidence that could help in this process,” explains Lauren.