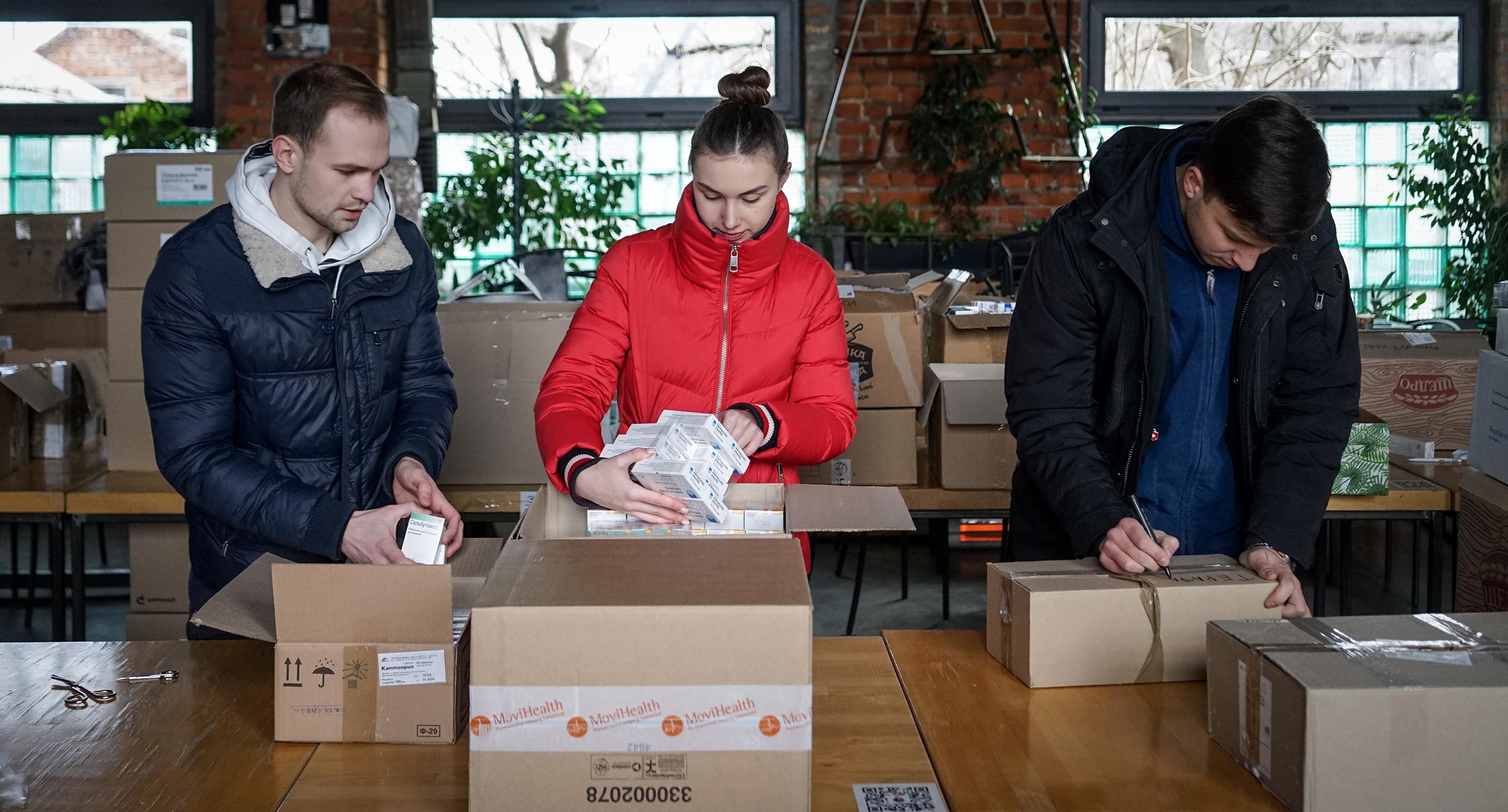 The war in Ukraine lasts for 20 days. In less than three weeks, it took away around 1,3 thousand Ukrainian soldiers. Only in Mariupol, the number of victims among the civilians exceeds 2,3 thousand people. Volunteers try to help those who suffer from the actions of the occupier. We have already written about “Save Pets of Ukraine” in Lviv; the field kitchen in Kyiv, which feeds territorial defense, kindergartens, and hospitals; activists from different parts of Ukraine who run shelters for evacuees or make Czech hedgehogs. This time, the story is about the “Palyanytsya” project, which focuses on helping medical institutions across Ukraine. Ivan Chernichkin and Mykola Dondyuk spent a few days with the team of volunteers to show us their lives these days.

A year ago, Yevhenia Danylenko and Serhiy Becker decided to return to Ukraine from Israel. Due to relocation and related issues, they lived in two countries throughout 2021.

On February 24, 2022, when Russia invaded Ukraine, Serhiy was in Kyiv – he had just transported a thirteen-year-old dog to the capital. Instead, Eugenia was in Israel at a film festival.

“I decided to return to Ukraine to take my family out. My journey through Poland took 30 hours. I was surprised by the number of people at the border, on buses and planes – thousands of Ukrainians returned to their homeland, ” – Yevhenia told Zaborona.

In Lviv, when Serhiy and Yevhenia realized that their relatives were safe and did not need to be rescued, they got an idea to buy medicines for Ukrainian medical institutions. In the beginning, they raised about a thousand dollars from friends, but later the financial aid became bigger than they had expected. And their grassroots initiative has grown into a full-fledged volunteer organization for targeted assistance to Ukrainian hospitals. During the first two weeks of the war, Palyanytsya activists bought medicines for more than 1.5 million hryvnias and sent them to dozens of Ukrainian cities.

You can support this initiative here.