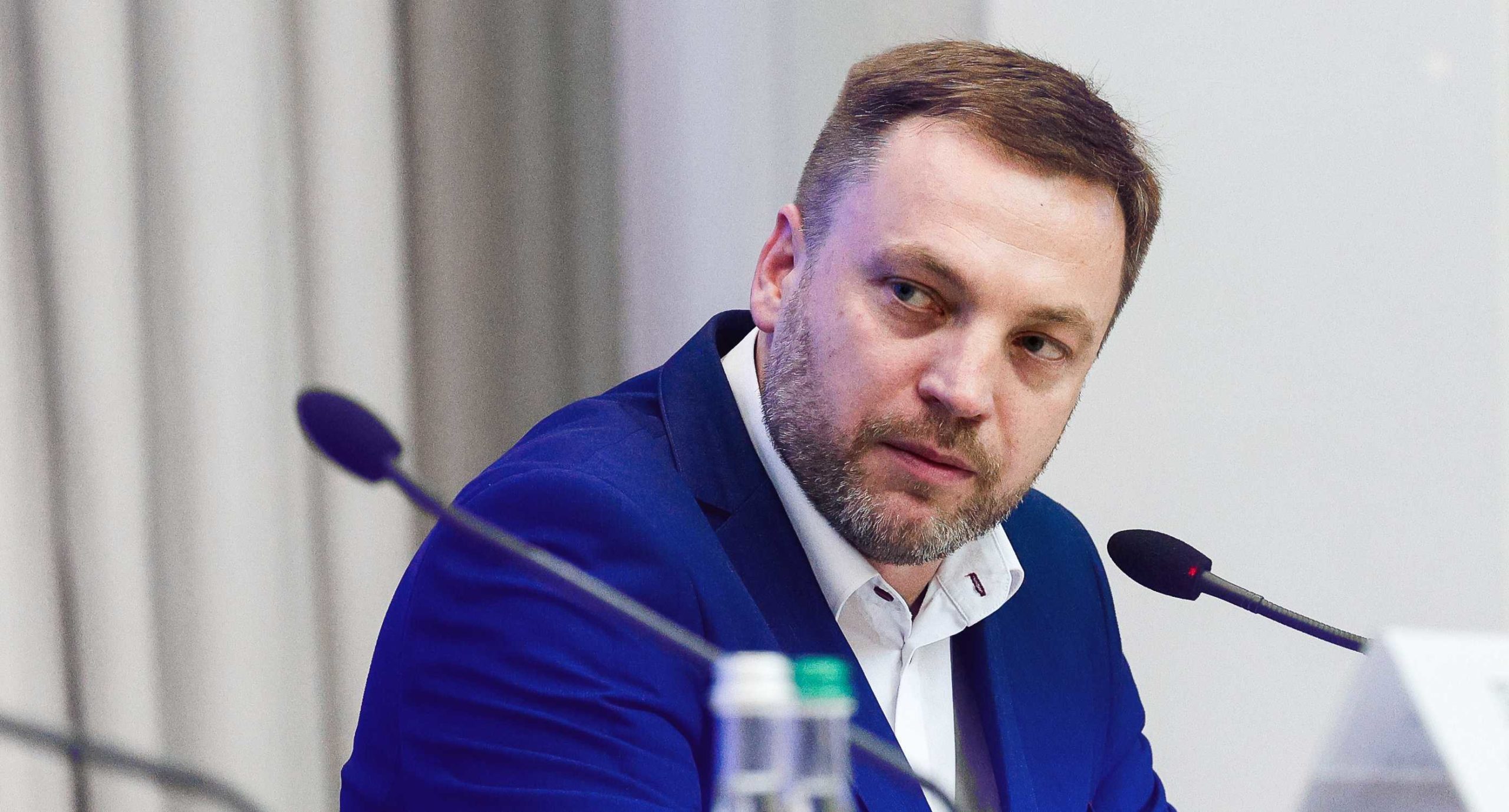 Ukraine’s Ministry of Internal Affairs is due for a facelift, following the departure of the ‘indispensable’ Arsen Avakov. The new interior minister, Denys Monastyrsky, comes straight from the president’s party, raising concerns of independence. Meanwhile, Ukrainian president Volodymyr Zelenskyy has seemingly set a goal: to cleave away the Border Service and the National Guard away from the overall Ministry. Zaborona’s Romeo Kokriatski looks into the details of these changes, and what they mean for Ukraine’s oft-maligned law enforcement services.

Denys Monastyrsky died on January 18, 2023.
In the city of Brovary, Kyiv region, a helicopter carrying the minister himself, his deputy Yevhen Yenin and seven other people crashed in a residential area.

Denys Monastyrsky, the duly appointed Minister of Internal Affairs, is stepping into rather-scandal filled shoes. After the failure of the Sheremet case, it seems the president’s initial proclamation came true – Arsen Avakov resigned. His successor, however, is not a tried-and-tested law enforcement official, but a ‘Servant of the People’, and the former head of Parliament’s law enforcement committee.

Monastyrsky, 41, was born in Khmelnytsky in 1980. He pursued a legal career, finishing law school at the Khmelnytsky University of Management and Law, and spent most of his career in private practice. His political career kicked off in 2014, when he became an assistant to Anton Herashchenko, the now-deputy interior minister. From this association, Monastyrsky joined Zelenskyy’s campaign team as a ‘legal expert’, and ran for office in 2019.

He spent his years in Parliament as the head of the law enforcement committee, and was noted to have been, by pro-transparency NGO Chesno, the MP with the most submitted bills from 2019 to 2020. The bills he’s sponsored as committee head – 48 of which passed – have had a mixed rap, from introducing an electronic court filing system, to a bill that would have compelled internet providers to disclose private information about their customers.

He’s been alternatively called a ‘creature of Avakov’ and ‘the president’s man’, seeing as his connection to Herashchenko has raised concerns about his independence from both the former interior minister and the president’s Servant of the People party.

Denys Kobzin, the director of the Kharkiv Institute of Social Research, is one such critic – he believes that Monastyrsky is unlikely to be an independent figure – pointing to Monastyrsky’s involvement with the ‘doctorate’ issued to MP Ilya Kiva. Kiva, an MP from the pro-Russian Opposition Platform – For Life party, is no stranger to scandal, and his reputation, in Parliament and without, isn’t exactly a secret. Yet at that time, Monastyrsky wrote a letter in support of Kiva’s ‘academic research’, praising Kiva for using it in practice – despite the allegation that Kiva’s dissertation was likely falsified.

That’s not the first time Monastyrsky has been involved in scandals, however – an investigation by the Schemes project by Radio Free Europe/Radio Liberty showed that in 2018, before winning a spot in Parliament, Monastyrsky may have been involved with rubber-stamping candidates for a supposedly ‘competitive’ selection for the newly-formed State Bureau of Investigations.

These allegations did not prevent Monastyrsky from being approved by 271 votes in favor.

In charge of downsizing

One of Monastyrsky’s new goals as Interior Minister will be to cut down the size of the Ministry itself – specifically, separating the National Guard and the Border Service from Ministry control. This task, announced by Servant of the People parliamentary head David Arakhamia, will be a focus for the newly-appointed minister’s term, and has been a move long-opposed by Avakov.

Volodymyr Tsybulko, a former politician and long-time political observer, noted that such a move could allow Zelenskyy to personally appoint the heads of such agencies, instead of having to rely on the Ministry, further cementing the president’s control over key national security organs. If Monastyrsky does serve as little more than a ‘yesman’ for Zelenskyy’s ambitions, then the president may have successfully consolidated Ukraine’s law enforcement structures. Iryna Venediktova, the current prosecutor-general, for example, has been accused of political partisanship in a number of cases involving the president’s party.

Avakov, for all his flaws, did at least keep the Ministry of Internal Affairs separate from the president’s whims – by making the structure respond to his own whims instead. Monastyrsky, who is taking office without a team of his own and from an established party structure, seems unlikely to be able to rebuild the vertical of power for himself.

The tentacles of Avakov

Despite the former interior minister’s resignation, his influence still remains – the Ministry, at the moment, still functions with the same structures Avakov had originally built. What this will translate to under Monastyrsky is an open question: the new minister’s links to both Avakov (through his parliamentary acts) and Zelenskyy (through his membership in Servant of the People) will likely serve to provide some continuity.

On the other hand, the president’s move to divide up some parts of the Ministry seem to be aimed at preventing the interior minister from achieving the same ‘grey cardinal’ status as Avakov, as well as extending greater presidential influence into the law enforcement structure. Monastyrsky, as the man tapped to implement this process, is unlikely to have been chosen for the role for his independent qualities.

During Monastyrsky’s initial acceptance speech in Parliament, the new minister laid out his key priorities: fighting against the organized crime group known as the ‘Vory v zakone’, as well as putting a greater emphasis on road safety. Notably absent was any talk of the Sheremet or other high-profile cases, as well as any indication of what reforms will be going forward.

Avakov’s resignation has led to a sea change in the current power structure in Ukrainian politics, and Monastyrsky’s role in the new status quo remains to be seen.