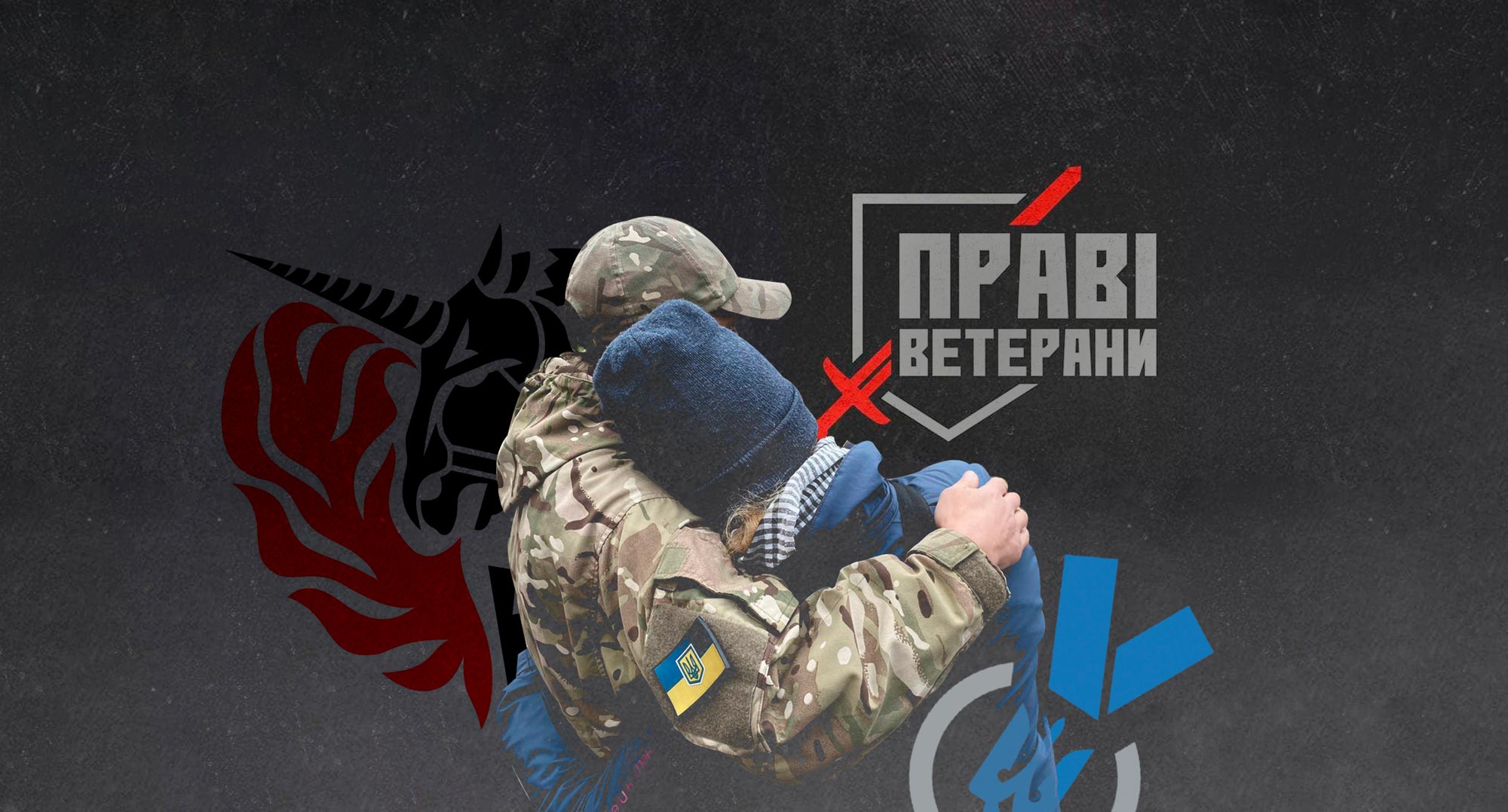 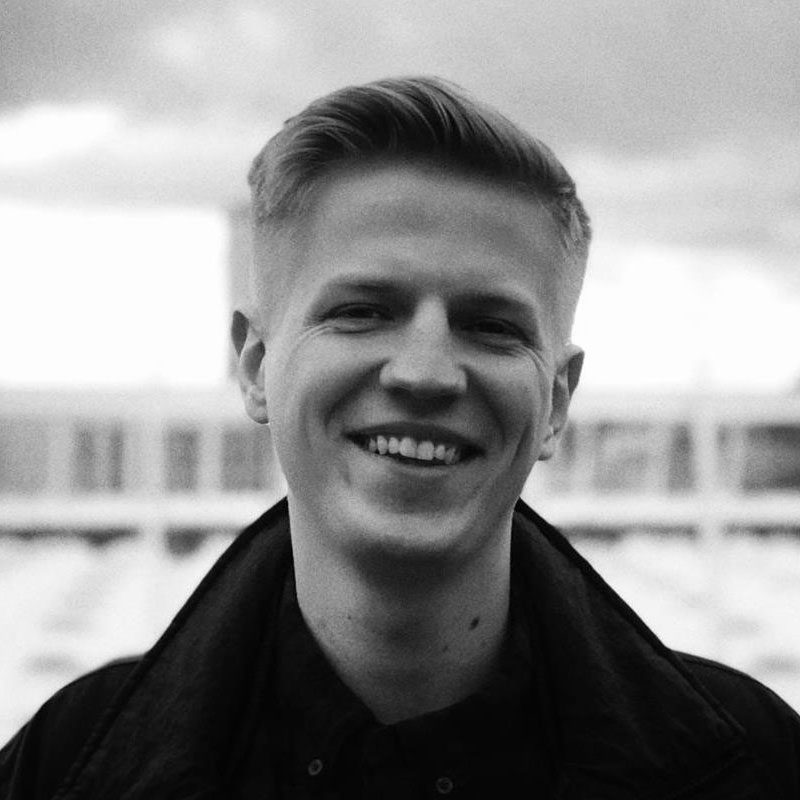 This year, representatives of aggressives far-right movements managed to secure seats on the Public Council for the Ministry for Veterans Affairs of Ukraine. They were chosen under discriminatory conditions, and they consider representatives of Ukraine’s LGBT community and medical marijuana legalization activists to be their “ideological enemies.” Zaborona journalist Samuel Proskuryakov explains how far-right radicals obtained access to government resources despite Ukraine’s anti-discrimination laws.

New elections for the Public Council this year were held between the 9th and the 12th of March. Nine far-right organizations joined forces to snag some of the 35 available seats, under the name “Right-Wing Veterans”: Svoboda, Sokol, Tradition and Order, The Future Society, National Resistance, Unknown Patriot, Right Sector, Carpathian Sich, and Knights of the City.

“Soldiers – not perverts! Veterans – not grantsuckers! A public council – not a mob of degenerates!” This was the rallying cry of the “Right-Wing Veterans,” and their “ideological enemies” are supporters of medical marijuana decriminalization, and Ukraine’s LGBT community. In a minute and a half long propaganda video posted to their Telegram channel, the initiative compared homosexuals to pedophiles and simulated a sex act with a doll.

“In addition to everything else, our ideological foes – of whom there were less of in the war than fingers on a hand – are actively crawling into veteran spaces,” read a statement from the “Right-wing Veterans” association. “They’re creating non-existent LGBT battalions [referring to an announcement in March of this year of an LGBT-friendly division in the Ukrainian Armed Forces – ed.], writing “veterans for cannabis” and all kinds of garbage. We have to ruin this celebration of their lives.”

Eleven men were on the delegate list for the “Right-wing Veterans.” According to the information available to Zaborona, all eleven of them are now members of the Public Council for the Ministry of Veterans Affairs. Members of the far-right extremist organization C14, including Yevhen Karas (who leads the organization), Oleksandr Voytko, and Andrei Medvedko are among that number. Medvedko is also a suspect in the murder of “Today” magazine editor-in-chief and pro-Russian writer Oles Buzina.

C14 itself, according to the words of its leader, Karas, concerns itself with what they call “petty hooliganism”, though C14 initiated a series of pogroms against Roma camps in 2018, which resulted in an attack against a Roma camp on Kyiv’s Lysa Hora. These pogroms ultimately culminated in the June 2019 murder of 23-year-old David Papp by a gang of youths organized under the auspices of the “Sober and Angry Youth” group in Lviv Region. The Guardian covered C14’s role in this pogrom in details, while Freedom House considers C14, Tradition and Order, and Carpathian Sich to all be extremist far-right organizations and “threats to Ukrainian democracy.”

Far-right organization Sokol contributed two candidates to the list, Serhiy Kraynyak and Volodymyr Nazarenko. Kraynyak is a suspect in the murder of four National Guardsmen near the Parliament building on August 31, 2015. According to investigators, a grenade was thrown at the Guardsmen by Kraynyak’s confederate, Ihor Humenyuk, while Kraynyak at the same moment threw a smoke bomb to distract from the grenade. Nazarenko, meanwhile, is a former member of the Kyiv City Council, and the head of the Kyiv chapter of Sokol. Nazarenko is alleged to have assaulted a Kyiv resident who had torn down a poster of nationalist candidate Ruslan Koshulinskyi on the eve of the presidential elections.

Another candidate on the “Right-wing Veterans” list is Yevhen Strokan – chairman of the Unknown Patriot organization – Ukrainian police found a portrait of Adolf Hitler hanging in their office and swastikas drawn over the walls. In 2020, six people who had attended the Women’s March were assaulted by far-right radicals. One of the attendees claimed that they’d recognized Strokan’s wife – Vita Zaverukha, also a member of Unknown Patriot – among the assailants. A year prior, the group crashed a discussion about the Roma pogroms in Kyiv.

This isn’t the first time that far-right radicals have attempted to gain access to state resources. In 2019, investigative journalism outfit Bellingcat published an article that mentioned the connections between separate veterans initiatives and the far-right movement, and suggested that the movement had an outsized influence on the Ukrainian government and the Ministry of Veterans Affairs in particular, down to receiving financing and public support from the government bodies. They pointed to the fact that at the time, 34 out of 35 seats on the Public Council were won by members of the “Veterans Movement of Ukraine”, a group co-founded by the right-wing Azov Movement.

The “Ideological Enemies” of Right-wing Veterans

“Right-wing Veterans” believe their ‘main opponents’ to be the candidates from medical marijuana activists of the “Democratic Ax” movement and the LGBT veterans union. It’s not entirely clear what the group plans to do about these ‘enemies’, but at least one pro-medical marijuana candidate did make it into the Council: Alina Priymak, the head of the Veterans for Medical Cannabis organization, who advocates for the legalization of medicinal marijuana for PTSD treatment. Priymak, herself a veteran, was nominated to the Council’s 35th seat, with support and campaigning from the Democratic Ax. She says that no one from the “Right-wing Veterans” group has attempted to contact her regarding her ideas on medical marijuana, and that “it seems that [they] aren’t very knowledgeable about the topic.”

As for the LGBT veterans union, the rivalry kicked off with a Facebook post in early March. A page called “Ukrainian LGBT Soldiers and our Allies” announced the formation of a so-called ‘LGBT-friendly’ division in the Ukrainian Armed Forces that would be open to everyone, including heterosexual LGBT allies. The identities of these willing recruits would remain hidden. The division would conduct assignments directly on the line of contact between Ukrainian-controlled territory and that controlled by Russian and Russian-backed forces. Prior to active duty, each soldier would go through an interview with their commander, receive additional training, and receive government certification.

This announcement was heavily discussed on social media, with the initiative receiving both praise and scorn from different parts of the online commentariat. However, the Armed Forces denied that such a division would be created.

The union itself was created by a former Donbas battalion volunteer, Viktor Pilipenko, who publicly came out in June 2019. Pilipenko says that no one from the LGBT veterans union is aiming for a slot on the Public Council.

However, there are other candidates being pushed forward by the “Democratic Ax” movement who are also members of right-wing groups – specifically representatives from the Azov Movement: Ihor Bober, Yevheniy Datsenko, and Dmytro Doroshenko.

Military chaplain Ihor Plokhoy told Zaborona that he only joined the “Right-wing Veterans” initiative at the last minute. He claims not to share all of the association’s views, but refused to specify what views he disagreed with. He said that he’d joined this initiative because he’d worked with right-wing representatives on the front lines, and was vocal about his position on medical marijuana.

“If we were to quickly talk about pain relief, then Ukraine already has medication far stronger than cannabis,” Plokhoy told Zaborona, “Such as morphine, for example. Pain relief can be achieved via completely legal methods in Ukraine – this isn’t a problem that can’t be solved.”

The chaplain insists that he’s not against the legalization of medicinal marijuana and the expansion of legal analgesics. But he thinks the problem is that legislators and drafters of related laws are often focused on the commercial aspects of legalization, instead of focusing on helping the sick.

“We know for whom the [weed] would be grown, because in a few countries, it’s entirely legalized and used not only for medical purposes. That is, we’re now talking about a business project. Whether it’s good or bad, whenever business projects start roping in veterans, using their pain as an excuse, medicine – it disgusts me, and I see the falsity of it all,” explained Plokhoy.

The LGBT division, however, is simply a provocation against the Ukrainian army, thinks Plokhoy. He considers homosexuality to be a sin. When we reminded him that there are openly gay service members in the Ukrainian Armed Forces, Plokhoy responded:

“We have veterans that are open drug users. I know a lot of them personally – I’m a chaplain after all, that’s what I do. Should we make a battalion of drug users? For me as a Christian, one sin is much like another.”

In our previous reporting, we’ve explained how the status of ‘veteran’ can provide a person with a certain authority in the eyes of an audience and certain societal privileges due to a raise in that person’s social capital. The Ukrainian far-right is actively speculating with the social capital of the veterans movement, turning it into their own personal political capital and using that to leverage access to government resources. In 2020, a number of satellites and subgroups under the C14 banner, in particular the “Union of Veterans of the War with Russia”, received nearly $47,000 in funding from the Ministry of Veterans Affairs for ‘rehabilitative veterans programs.’ Upon inquiry, the Ministry explained to Zaborona that the status of ‘veteran’ is entirely dependent on the provision of documents attesting to the fact that the person in question did in fact take part in combat. The status has nothing to do with a person’s actions and behaviors in civilian life – a fact that the far-right radicals actively exploit.

Ukraine has had active anti-discrimination laws on the book for eight years now, but the problem of discrimination – especially against LGBT and gender non-conforming individuals – remains acute. According to the Regulations on the Public Council of the Ministry of Veterans Affairs, the Council must adhere to the Ukrainian Constitution and to the law of Ukraine. Council members are required to “follow all the requirements of active legislation, business ethics, and the norms of ethics and morality.” Zaborona has asked the Ministry how the Council came to have members who advocate for discriminatory policies, though has not received a response by publication.

Anna Hrytsenko, a researcher of far-right movements, explained that despite the fact that equality is stated as a core value in the Ukrainian Constitution and other legal documents, those people sworn to uphold those values, including government officials, and society at large, cannot be said to especially share or follow this notion of equality.

“We have to learn, as a society, to hold these values close to our heads all the time and to ensure that non-discriminatory approaches are actually integrated into our work – and not just declared,” noted the researcher.

Another far-right expert, Vyacheslav Likhachev, sees a light at the end of the tunnel. He believes that the very existence of an LGBT veterans union, and its visibility is a laudatory method of spreading tolerance in society, and that cooperation with the international community at large creates a positive pressure on the government.

“I’m an optimist on a long-term scale,” Likhachev explained, “Netflix is a more effective influence on the formation of ideas among the younger generations than some church council.”